A new tax year begins every 6th April as usual and this year is not an exception. Some new changes to tax laws and rules had been made by the Exchequer Chancellor in the spring budget statement and they have come to effect last week as expected. The general overview of the budget and its effect is said to be positive on most tax payers except for the buy-to-Let landlords and investors disposing off their shares who will keep less of their hard earn money as a result of the change. Some of these changes are discussed as follows:

Firstly, personal allowance for individuals has increased from £11,850 to £12,500. This means that you will have to earn more than £12,500 before being taxed except for Scottish taxpayers. This caught the attention of many business owner-managers as they can now withdraw up to that amount from their business tax-free before deduction of National Insurance. In addition, higher rate allowance also increased from £46,350 to £50,000 meaning that you will have earned more than £50,000 before being taxed more than 20%. Sam Meadows, a personal finance reporter at The Telegraph indicated basic tax payers will save up to £130 a year while higher-rate taxpayers will save up to £860 assuming no other income is earned. This is a tax plan by the government to move more people out of income tax net which is widely welcomed by many.

For Scottish taxpayers, it is much more complicated as Derek Mackay (Scottish Finance Secretary) set out slice rates for different income bands in 2019/20. He introduced starter, Scottish basic, intermediate and higher bands with different tax rates. One will be taxed 19% if earned between £12,500 to £14,549 as a starter; then 20% if earned income falls between £14,549 to £24,944 as a Scottish basic rate taxpayer; 21% if earned income is between £24,944 to £43,430 as an intermediate taxpayer and then 41% if earned income is more than £43,430 but less than £150,000. This was largely criticised by many groups because a higher rate taxpayer will pay an extra of £2,670 of income tax than those in rest of the UK with same employment income. In addition, the slice rates for different bands of increase create much complexity to the devolved tax system but the Finance Secretary insist that it is fair tax system as the rich are meant to contribute more to the society.

Secondly, the changes had further hit hard on the buy-to-let landlords as the determination to phase-out mortgage interest relief by the government continues, seems like a torry’s plan from George Osborne and Philip Hammond carries on. From April 6th, 2019, buy-to-let landlords can no longer deduct mortgage interest paid as part of property business expenses to reduce profit from UK property but now we only have to claim a quarter of it as Relief for Finance Costs on Income Tax Charge for the year. This will definitely made them worse off as they will have to pay more tax as against if the mortgage interest is tax deductible.

Thirdly, the government has increased the capital gain tax allowance by just £300 from £11,700 to £12,000 saving basic rate taxpayers only £30 and higher rate taxpayers only £60 in a year. The implication of this is that the capital gain from the sale of asset has to be more than £12,000 before being taxed at the rate of 10% or 20% depending of the band of the taxpayers. Most people claimed it is ridiculous as it does not have major effect on the taxpayers.

Furthermore, the ownership period of shares that qualifies for entrepreneur’s relief has been increased from 12months to 24months. In a simpler term, entrepreneur’s relief is the break given to people who sell their shares in a company not listed in the stock market. This relief is given if all conditions are satisfied two of the which is the ownership of 12 months of shares in an unlisted company and 5% shareholding. This increase now means a potential shares seller need to wait longer up to 24months before they could sell their shares to qualify for entrepreneur’s relief.

Should you think any of these changes might affect you or you need other tax advice, please do not hesitate to CONTACT US. 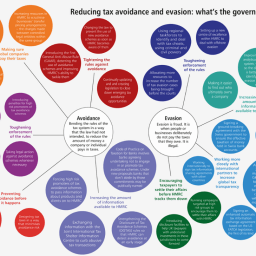 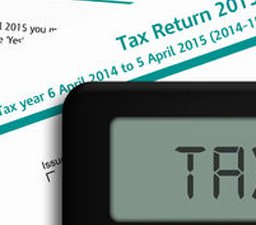