Tax is inevitable nowadays especially in a developed country such as the United Kingdom (UK) and there is even a popular saying that Tax is as certain as Death. With this mind, not everyone is happy paying it as they mostly think they are unfairly duped of their hard-earned effort which now leads to evading of tax.

Tax evasion is the illegal non-payment of tax or perhaps underpayment of tax which is a criminal offence in the UK. Evaders deliberately omit some of their incomes or refuse to disclose some of them with the motives of avoiding paying tax on such sources of income. And on the other hand, there are tax avoidance schemes that taxpayers can subscribe to in a bid to legally reduce tax liabilities which are usually introduced by promoters who are usually ex HMRC staffs or friends of HMRC staffs. This avoidance scheme involves bending the rules of the tax system to gain a tax advantage that Parliament never intended. Some of these schemes lower tax bill for little or no real cost.

One of the most commonly used schemes is disguised remuneration scheme otherwise known as loan charge which is used to avoid both Income Tax and National Insurance. This charge is used by adding together all outstanding loans and taxing them as income in one year and if the tax affairs are settled before the charge arises, the tax rate of the year that loan is received will be used for the income tax.

More than 50,000 people have used this scheme and HMRC has now clamped down on them which give rise to the Loan Charge Campaign on all social media platforms resulting in more than 6 suicides at the moment. Some MPs are even trying to persuade HMRC not to charge these people retrospectively for any tax liabilities shortfall and just discontinue the scheme going forward.

HMRC identifies these Schemes arrangement by promoters and only Give a Scheme Reference number but not APPROVE in order to investigate the scheme closely whether it will be accepted or discarded. Majority of them are usually challenged by HMRC and as a result, make taxpayers worse off more than their actual tax position had it being the scheme was not used.  HMRC even confirmed on their website that “most tax avoidance schemes simply do not work and those who use them may end up having to pay much more than the tax they tried to avoid, including penalties”.

Most people get this wrong because they simply think including a scheme reference number on their tax returns means approval from HMRC. Although, they can’t be blame since they are not tax expert but still ignorance is not an excuse. One would expect HMRC to simply discontinue the scheme and not going back for up to 10 years to collect any tax due. This has resulted in a lot of controversy as HMRC is going right after the victims and not either their employers who also not only avoid paying National Insurance but encourages the use of the scheme or the promoters who simply takes their fee for introducing shambolic fee. This evidenced that HMRC is indirectly discouraging any form of tax avoidance schemes despite issuing an SRN when promoted. The issuance of such number should be discontinued so that innocent taxpayers won’t continue falling victims.

We provide alternative options for reducing tax liabilities through reliefs and allowances and ensure that criteria are met and will not encourage the use of any scheme. Should you require any advice, please do not hesitate to get in touch. 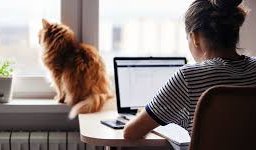 Working from Home? A Bit of Good News!!!

Payment on Account – Deferral could affect your cash flow

As part of the strategic response by Government to this pandemic, HMRC has given an option for taxpayers to defer… 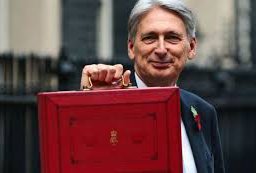 NEW TAX YEAR: HOW WILL THE CHANGES AFFECT YOU? A new tax year begins every 6th April as usual and…